CytoCopteR is a full Java implementation which provides an intuitive and easy to learn graphical user interface (GUI) to CellNOptR.

This results in a point and click interface where users can run the same steps as they would using an R script without having to actually write any code. Consistency is ensured between the results obtained through the GUI and those obtained through the corresponding scripts.

Cytocopter can be installed as a plug-in to Cytoscape - version 3.5. needed

CytoCopteR can be downloaded from the cytoscape App store (Download link here) and then installed manually by copying the jar to CytoscapeConfiguration folder. This folder is usually kept in the user home folder.

Better yet, Cytoscape can also be directly installed from cytoscape by following these simple steps:

Go to Apps and then App Manager… and finally search for CytoCopteR in the search bar and press Install. 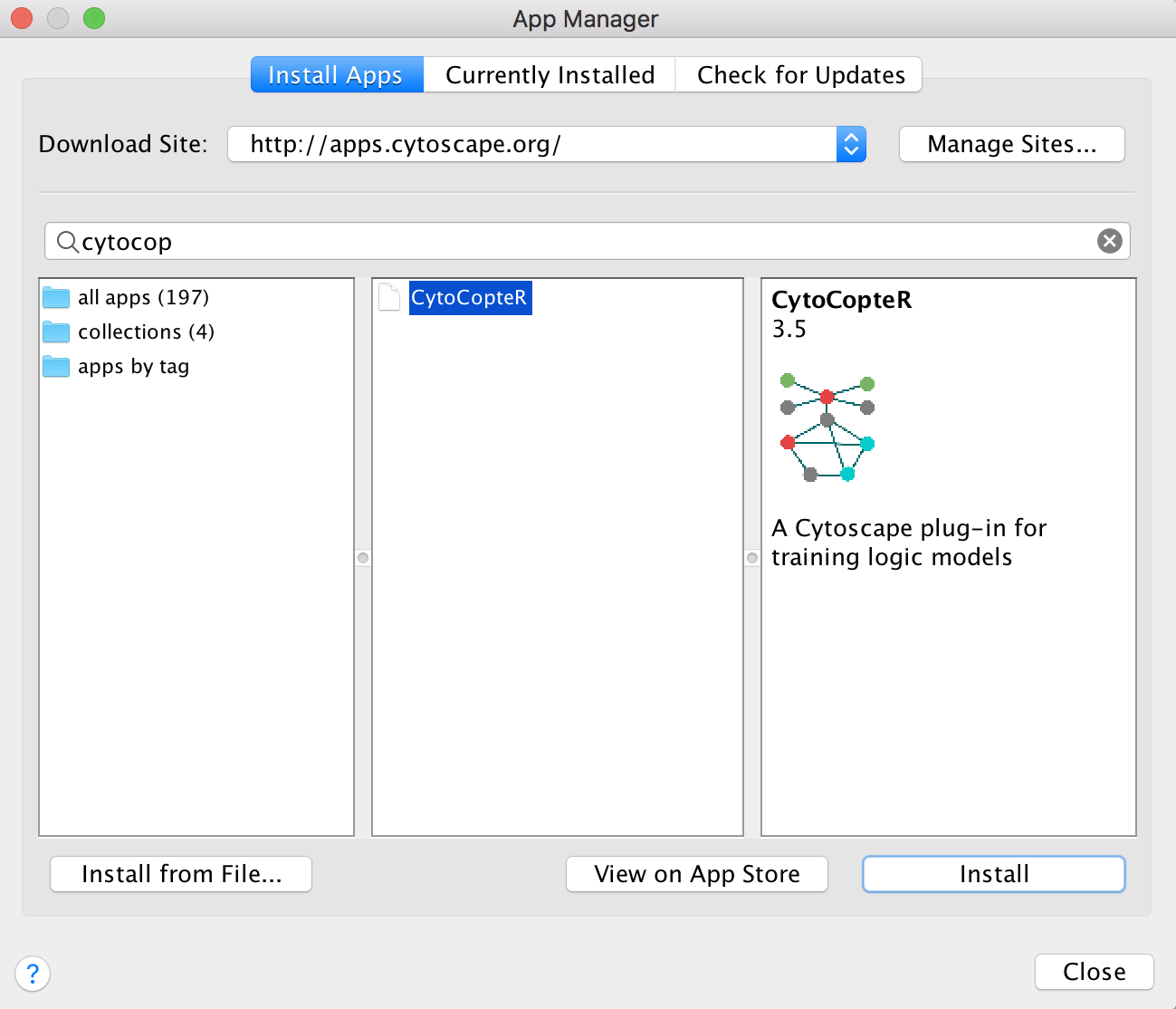 The necessary files for this tutorial is a network sif file and the corresponding experimental data in MIDAS format.

To illustrate the use of Cytocopter, we will use a biologically plausible prior knowledge network (PKN). This network includes a subset of intracellular signalling networks known to be activated downstream of EGF and TNFa stimulation (MacNamara et al.).

The accompanying in silico data (MIDAS file format) replicates biologically plausible behaviour that has been observed in such networks, such as transient behaviour of ERK activation and the oscillatory dynamics of NGkB translocation from the cytoplasm to the nucleus.

At this point we already have the network imported, now we can use our experimental data and see how it maps into the network. In other words visualise which nodes are measured, inhibited and stimulated. For more details, please consult Terfve et al..

In this step, we will use the optimise features of CellNOptR R package to optimise the topology of the network against previously loaded experimental data. For more details, please consult Terfve et al..

This type of analysis is very helpful to identify possible missing links. For instance, if we focus on the fit plot generated by the optimisation function we can see that ap1 has an increased error when compared to the other measured species. Lets see if we can improve this. 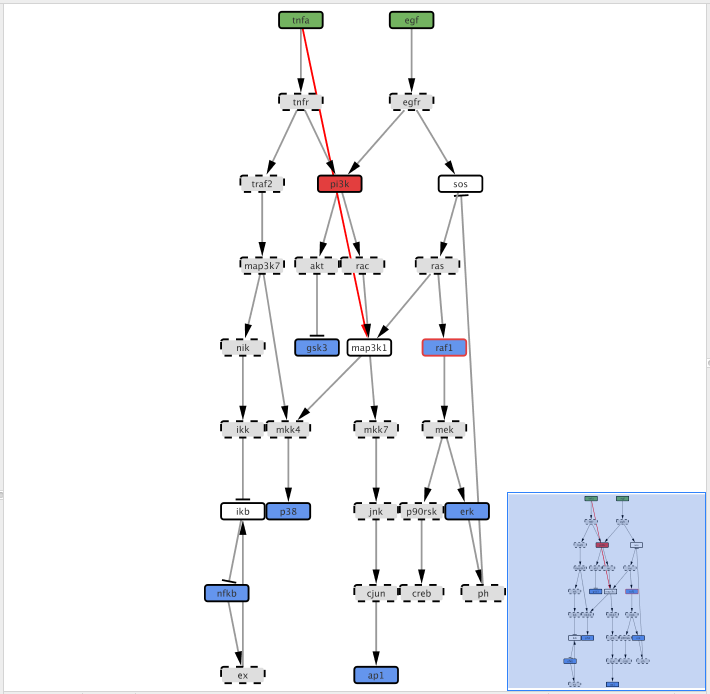 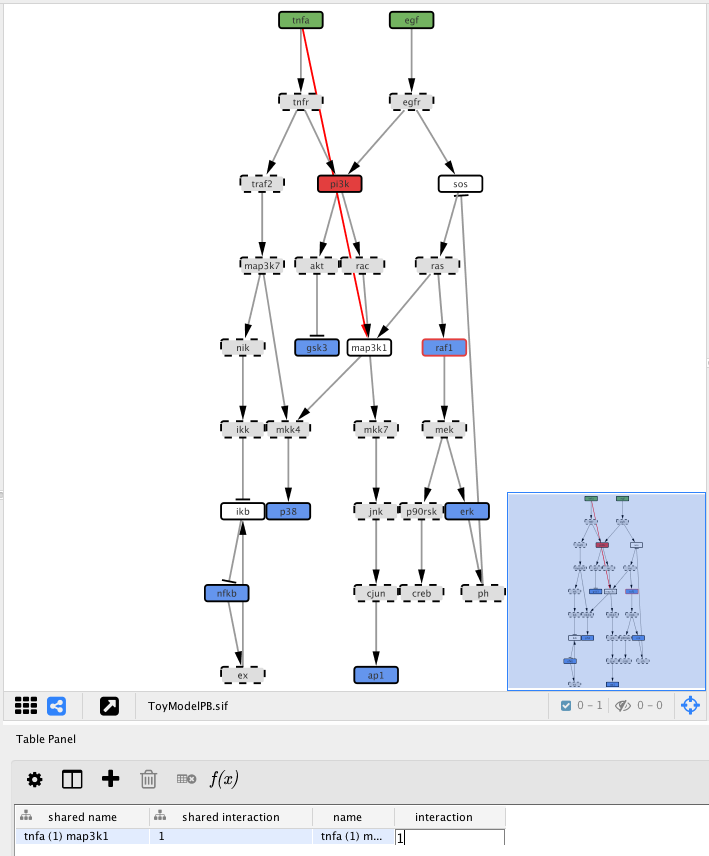 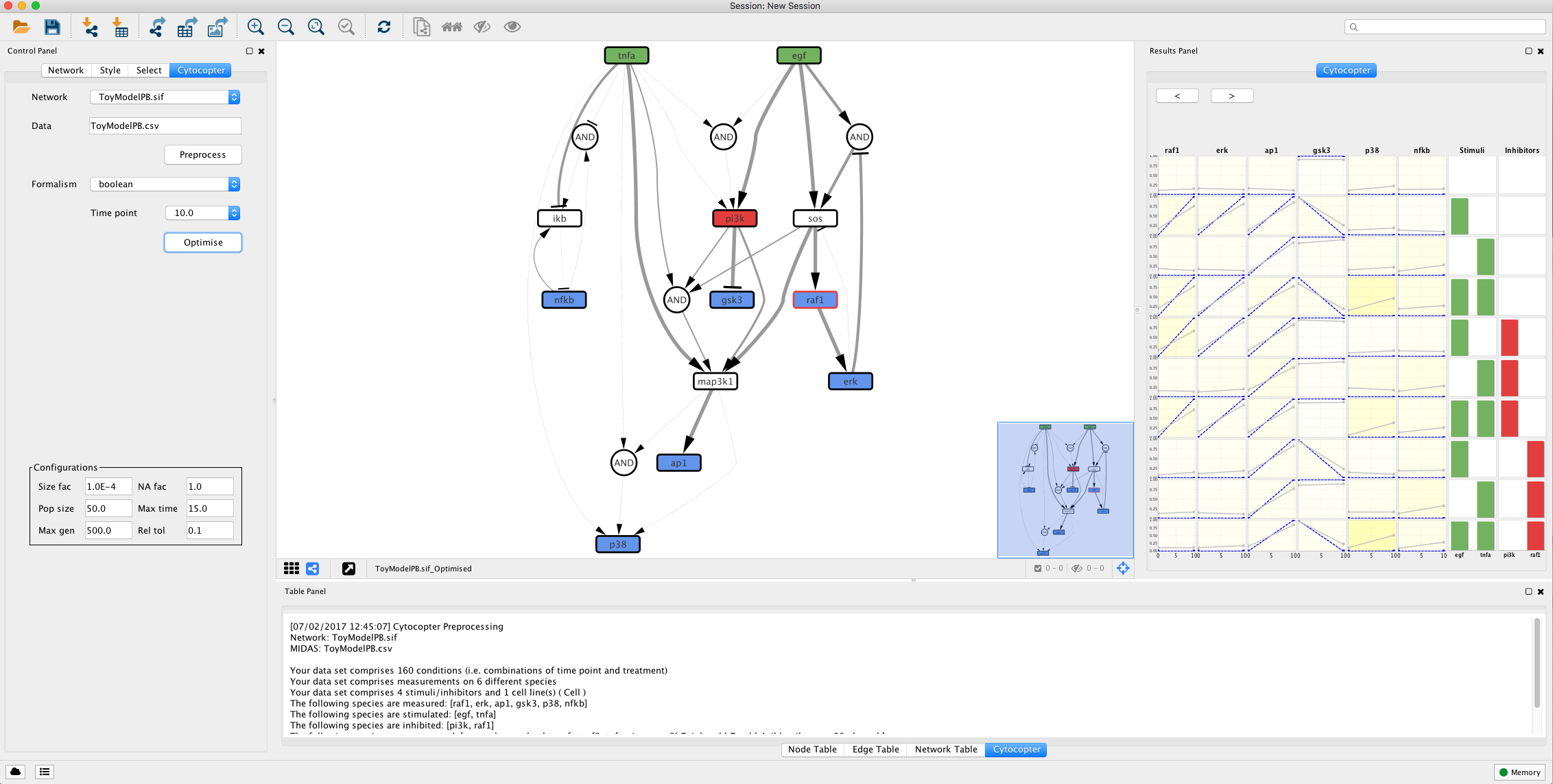